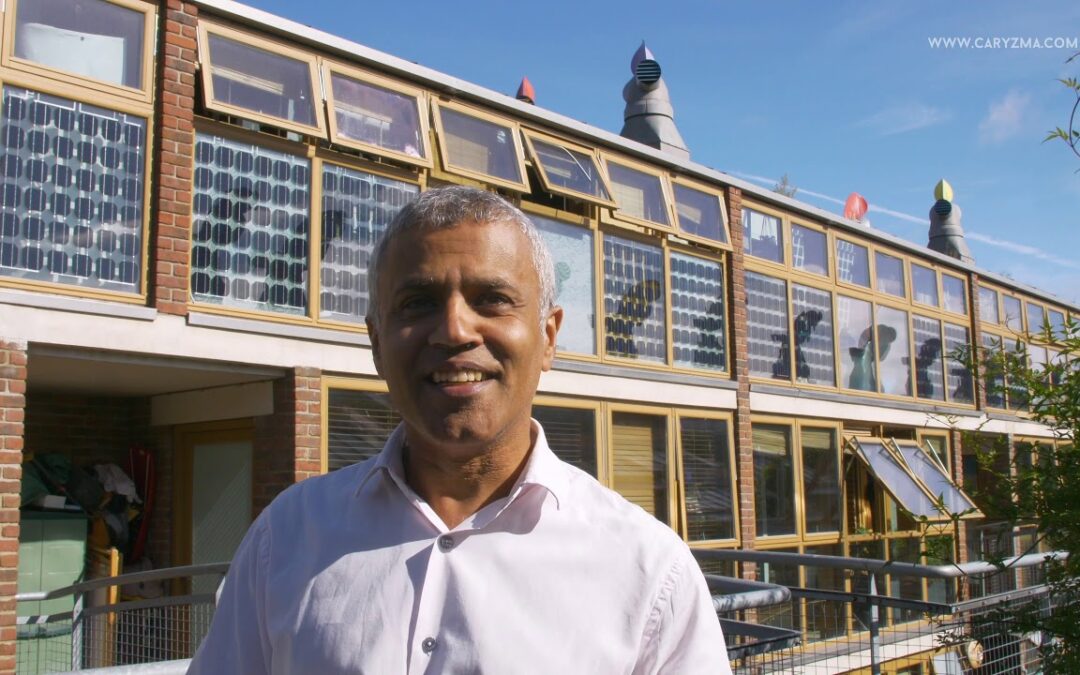 On 6 June 2022, sustainable living expert Pooran Desai OBE gave a talk in an online Knowledge Sharing event hosted by the South East Climate Alliance (SECA). Pooran summarised his work in sustainability over the past quarter of a century and then talked about his latest online tool, the OnePlanet platform. This platform has been built to easily capture and simplify the complex interconnectedness of any system (eg the environmental crisis) — a concept everyone grapples with!

Pooran considers that the fundamental problem in modern society is that we are unable to deal usefully with the amount of interconnectedness inherent in any complex system. Indeed, we have no tools or culture to understand, measure, or manage such connections. He likened this to our familiarity with dealing with the individual cells in a table, where we can cope with lots of cells neatly arranged in rows and columns. However, complex systems (such as we find in the environmental crisis) are interconnected, with various degrees of linked elements. As humans, we have trouble untangling and visualising these.

This online tool was likened to mind maps where common aims can be unravelled from their complex and interdependent parts into simple, tangible elements. In reverse, too, one can build up the complex vision for a common outcome from its individual elements. As well as giving a visual representation, the online platform can remix or refashion the data in different ways for any group, department or individual working on any project. For example, it can produce specific kinds of sustainability reports that might be useful for certain customers like local councils.

Pooran gave a brief demonstration of this online tool and one could start seeing how it might be applied. Local authorities, for example, have many separate strategies but delivering shared environmental outcomes is better achieved by working across departmental strategies. This tool enables an organisation to address shared outcomes by taking into account the connections between strategies, rather than working in departmental silos. A tantalising computer aid, perhaps vital as we humans struggle to apply a systems approach, so much needed to pull us out of the environmental crisis.

Pooran is keen to roll out this exciting online tool to councils, SECA, Sussex Wildlife Trust and other organisations or interested parties. Anyone interested should please let us know through southeastclimatealliance@gmail.com. Although the platform is commercial, pricing is intended to be extremely competitive and there is a free version for individuals and a heavily discounted version for community groups. 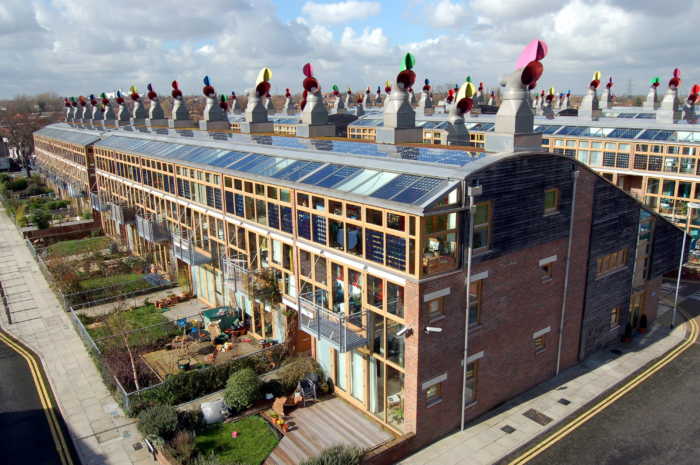 How did Pooran’s past work in sustainability inspire his current trajectory?

Pooran led One Planet Living from its creation until 2019, when he co-founded and became the CEO of OnePlanet. His work in sustainable living started in 1994 when he founded the charity Bioregional with fellow London entrepreneur Sue Riddlestone. The idea behind Bioregional was to figure out how to combine centralised coordination with decentralised production, with examples of produced goods including charcoal and lavender.

The charity soon outgrew its premises, and Pooran described how they needed to find a new space and were encouraged to bid for planning to create an entire village in which they could build new offices. They were outbid, but the council that owned the land chose their bid anyway, taking into account cited carbon savings. The new eco-village was called BedZED – a Zero Energy Development in Beddington, South London. Pooran discussed not only the energy savings that had been achieved in the village, but also mentioned a marker of social cohesion. This suggests that the village is well ahead of the average UK village on this particular metric. So not only can we live sustainably, our wellbeing and social structure benefit alongside.

Before founding OnePlanet Living Pooran worked on 172 zero carbon flats in Brighton called One Brighton. On this project he realised that the main savings were made not due to changes in architecture, but due to changes in lifestyle. Residents were encouraged to live more healthily and made significant improvements in weight as a result. He also mentioned Bicester Ecotown and Villages Nature Paris, which has geothermal heated lagoons for which they drilled down 2km into the earth. Excess geothermal energy from the scheme is exported to Disneyland Paris.

It was at Bioregional, in light of the experiences with BedZED, that the One Planet Living framework was created. Pooran said the inspiration came from the inability to reconcile our present lifestyles with the resources available to us from the planet: to sustain the European lifestyle (if it were adopted by the whole world) would require three planet earths, and to sustain the US lifestyle would require five planet earths! Since it is not currently feasible to scale our planet, we need to scale our lifestyles instead, and hence to adopt One Planet Living – literally living lifestyles that only require one planet to sustain the current global population of near-on eight billion people!

The event was chaired by Carrie Cort and Nicola Peel, co-founders of SECA. Questions from the audience were taken at the end with some good discussions. A video recording is available on SECA’s YouTube channel.

Written by the event organisers following this Knowledge Sharing event. Please contact southeastclimatealliance@gmail.com with any questions, comments or suggestions.